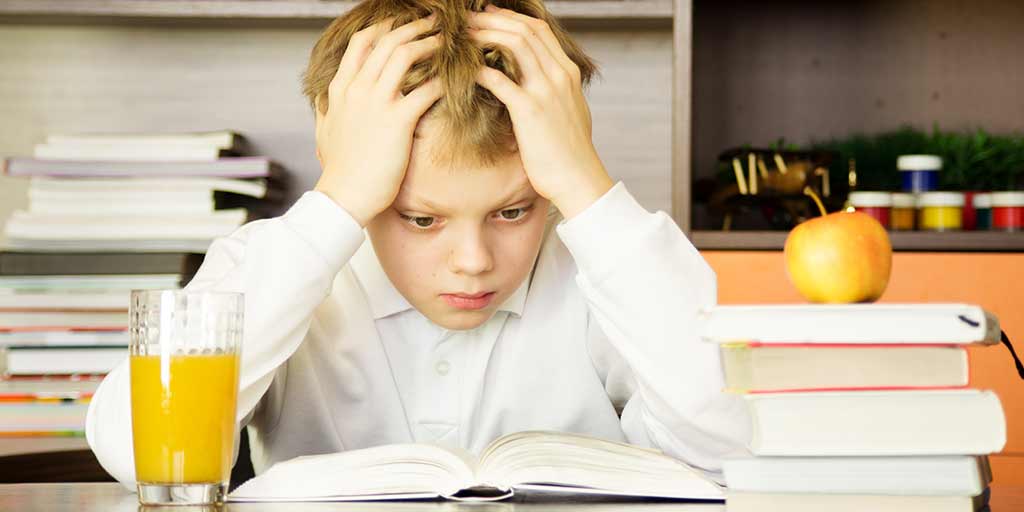 It can be hard for even the best teachers to notice differences in the behaviour of one child in a busy primary classroom, even though responding to these signs can be the key to helping a child make good progress.

However, I hope that new research by the Centre for Evaluation and Monitoring (CEM) at Durham University will be able to offer both new insights and practical help.

Our project has helped deepen our understanding of how inattentive behaviour in the classroom is linked to pupils’ academic progress, even when we are just talking about mild levels of inattention.

Alongside colleagues at the University of Nottingham, we worked with teachers to study the attainment and behaviour of more than 46,000 children from over 1,800 primary schools in England, in what is one of the largest studies to date in this area.

We followed a representative group of primary school children, from the start of school right up to age 11. Working with a range of schools, we collected information about children’s behaviour and their reading and maths levels.

The research threw up some interesting findings and made a significant addition to some of the established views about Attention Deficit Hyperactivity Disorder (ADHD).

The findings show that children who have mild attention problems at the age of five are, on average, around three months behind their peers by the time they reach the end of primary school. These children do not have ADHD and may often go unnoticed, yet they are at risk of falling behind, academically.

Arguably the most important message from this research is that around one in six young children demonstrate relatively mild inattentive behaviour, and these children could benefit from targeted support.

It is important to say that this kind of inattention is over and above what you would normally expect to see in five-year olds who of course can have short attention spans anyway.

Mild inattention can be difficult to spot in the classroom. The types of behaviours we are talking about include losing attention during lessons, failing to listen and a range of other related behaviours. This is quite different, however, to the behaviour demonstrated by hyperactive children, such as an inability to sit or concentrate. In some cases children can demonstrate both sets of behaviour although this combined group is relatively small.

While spotting inattention can sometimes be difficult, many teachers have developed some outstanding practice which offers a high level of support for this group of pupils.

We know from our previous research that certain strategies, which are often already used by teachers generally in the classroom, can be effective. These include presenting tasks in bite-size chunks, providing visual prompts through wall charts or posters, and letting children work in pairs. When using these techniques, the key to their success with this group of children is using them in a consistent and systematic way, and understanding why they are helpful.

It is worth considering some of the other findings in addition to those for inattention.

Our findings for children with hyperactivity also raised some important questions for schools and the system as a whole. While hyperactivity can be difficult to manage, we found that pupils who demonstrate this behaviour did not fall behind significantly and there was even a small but measurable increase in average attainment for some children with impulsive behaviour compared to pupils as a whole.

Significantly, this research demonstrates once again that our understanding of inattentive, hyperactive and impulsive behaviour is still developing. It also underlined what teachers have been telling Local Authorities and the Government for some time: that significant improvements in outcomes are possible, with a modest improvement in resources, and that this should start with improved guidance and sharing of best practice.

I should add that the research team is continuing to track this cohort of children and will analyse their academic attainment in their GCSEs in future, which I hope will lead to a better understanding of these issues in teenagers.

The study forms part of a larger body of international research, conducted by CEM and the School of Education at Durham University, which is looking at the effectiveness of the early years of education, primarily pre-school and the first year of formal schooling, with the aim of improving education practice based on clear and objective evidence.

Dr Christine Merrell is Director of Research at the Centre for Evaluation and Monitoring at Durham University.

The full research paper, ‘A longitudinal study of the association between inattention, hyperactivity and impulsivity and children’s academic attainment at age 11’(Link to be confirmed), by C. Merrell et al. is published in Learning and Individual Differences, Volume 48 (2016).

The research-based guide for teachers on Working with Difficult Children in Primary School is free to download.

The future of primary assessment: Learning first or accountability?

I was asked to speak about the future of primary assessment in relation to learning and...

Inattentive behaviour in the classroom

7 questions you need to ask about assessment

To a busy teacher, producing good assessments can be a time consuming and daunting prospect. ...