Pupils taught well in Reception Class do better in their GCSEs 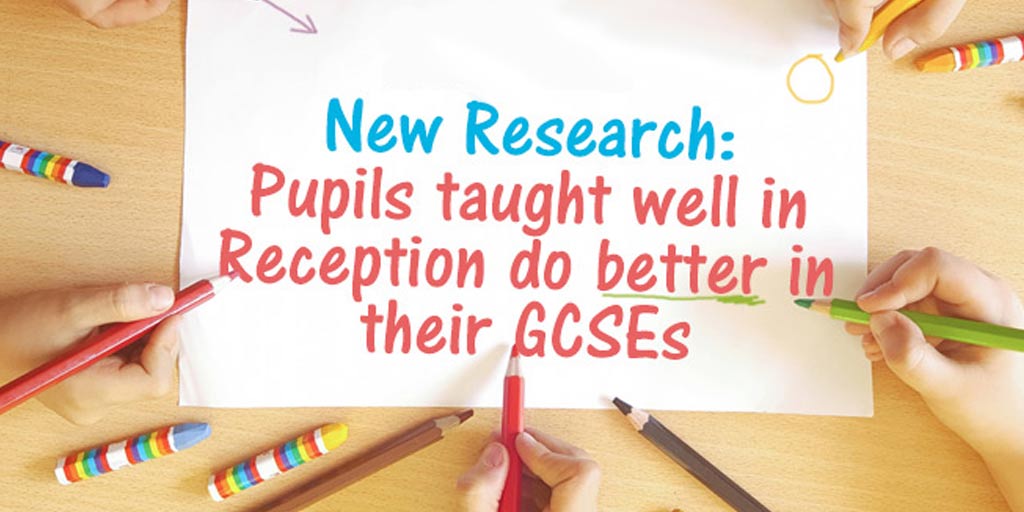 New research from academics at CEM and Durham University shows that attendance at an effective Reception class at age 4 is linked to better GCSE results at age 16.

This study, led by Professor Peter Tymms, followed a large sample of children (around 40,000) in England from the start of Reception, at age 4, right through to the end of compulsory education at age 16.

Children’s early reading and maths development were assessed at the start of school with CEM’s PIPS (Performance Indicators in Primary) assessment. They were assessed again at the end of the first Reception year and later, at ages 7, 11 and 16.

Watch Kate Bailey, Director of Policy at CEM, discuss the importance of this study

Investigating the importance of the first year of school

The study analysed data from a large longitudinal dataset from England, which followed children from the start of school to the end of compulsory education at age 16, to investigate the importance of the first year of school, answering the following questions:

By assessing children at the beginning and end of the Reception year, the team was able to identify schools where children made significantly more progress than their peers in other classes.

It was then possible to follow these children through their education and track the impact of an effective first year of school.

The team were able to identify schools in which children made significantly more progress than their peers in Key Stages 1 and 2 and explore their long-term impacts.

Extensive data on age, term of starting school, sex, ethnicity, special needs, English as an additional language, deprivation and school/class membership allowed the team to model progress statistically and rule out a series of alternative explanations for the patterns that were seen.

A measure of each child’s home background also enabled the team to explore whether or not effective schools were able to reduce the gap in attainment seen between children from affluent and poor backgrounds.

The importance of a good first year of school

Links between early childhood development, home background and later outcomes in life are extensively documented, but less is known about the impact of an effective first year of school, which is a period of rapid cognitive development.

This study has extended knowledge and understanding of the link between young children’s academic progress during the first year of school and their later outcomes at the end of compulsory schooling at age 16.

Such a finding has important policy considerations to ensure that this phase of education is well supported with high-quality staff and resources.

Professor Tymms reported that “good-quality educational provision in this phase of a child’s school career seems to have lasting benefits. Boosts in attainment from effective classes in Key Stages 1 and 2 also had long-term benefits but not as large as those seen in the first year of school”.

Schools are still not improving equity

A further important finding of the study was the lack of evidence that schools in England were reducing the attainment gap between children from affluent backgrounds and their less affluent peers.

This gap remains a persistent problem not just in England but in many other countries too. The complex interactions of all of factors involving the child’s home background and environment are, to a large extent, beyond the direct influence of schools.

The first year of school presents an opportunity to positively impact on children’s long-term academic outcomes, and the team suggests that “there should be a focus on the placement of high-quality of teachers and resources to ensure that all children experience an effective first year of school”.

The future of primary assessment: Learning first or accountability?

I was asked to speak about the future of primary assessment in relation to learning and...

Is it time to ditch ‘Differentiation’?

By Greg Ashman I suspect I would struggle to find a teacher who has never heard of...

It has long been accepted that children’s early experiences can have the biggest impact on their...