Why is numeracy in the early years so important?

We know that a good start in the early years matters.

Each year a child spends in an early years setting is a time of rapid learning and development. Mathematics plays a key role in that development and, crucially, mathematical achievement is consistently found to be the strongest predictor of children's overall school achievement and their success in entering the workforce (Asmussen et al. 2018).

Research shows there are a number of factors associated with the development of children’s understanding of numbers in the first five years of life as they use maths concepts to make sense of their world and connect these concepts with their environment and everyday activities.

Cambridge CEM’s research What do 4 year olds know and what can they do? (2021) looked at the performance of 70,000 children in our BASE assessment over a three-year period, which showed that children begin their learning journey from a very wide range of starting points. This variation was evident in both the core strands of early literacy and early numeracy.

BASE is an assessment that supports early learning in schools in the UK and internationally and covers four key strands of early numeracy: shapes, number recognition, counting, numeracy. The early numeracy questions are presented in four corresponding sections, broadly in order of difficulty. The assessment is operated by an adult while the child responds to the questions and tasks, typically by offering verbal responses or by pointing at the screen.

Our research shows that the most easily recognised shapes by 4-year-olds were a star (recognised by 93% of children), a circle (86%), a square (72%) and a triangle (67%). A smaller proportion could recognise a rectangle, an oval, and even a hexagon.

It would be logical to imagine that the simplest shapes would be the most recognisable, but a star is one of the more complicated polygons in our selection. It is possible that there is a cultural effect here. For example, stars may appear more frequently in everyday imagery and are often referred to in spoken language, making it a more familiar shape for many children.

There is evidence that children learn numbers in the order of single-digit, two-digit, three-digit etc.

Over half the children in our study could recognise the digits 1 to 9, and just over half could count up to 8. However, it is difficult to see an obvious pattern in early number recognition.

Although the most easily recognised single-digit number was 1, with over 88% of children correctly identifying it, the sequence does not run in numerical order:

Our statistics are based the responses to the questions alone, the children are never asked to explain their answers, so we don’t know why some numbers are more recognisable than others.

The numbers between 1 and 5 are likely to be very well recognised as they are commonly used in everyday life and some represent important landmarks for children, such as their age.

Beyond 5, the difficulty of recognition quickly increases. The differences between the most easily identified numbers are relatively small, but it is interesting to note that while a large proportion of children recognise the number 5 (83%) far fewer recognise 6 (55%).

Counting groups of objects up to about 10 is a skill that almost half of the children can do when they first enter school.

Children were asked to count the spots on the back of a ladybird. This method is preferred over counting on a number line as children can be observed pointing to each spot as they count, and it is easier to see those who count the same spot twice, miss a number or do not know where to stop.

Counting is a complex activity, combining as it does the requirement to count items in order, remember which items you’ve already counted and which you have yet to count, and understand that the last number you mention is also the cardinal value of the set. Many children (88%) were able to count four items and slightly fewer (73%) could count six items.

Not many children of this age in our study have been introduced to formal arithmetic, but some have, and this section of the assessment allows the teacher to observe how children attempted addition and subtraction problems.

The questions were not in numerical form, they were presented as picture problems. For example, the problems were shown as bugs on leaves, with children being asked to say how many bugs there would be if one flew away or one more landed on the leaf. 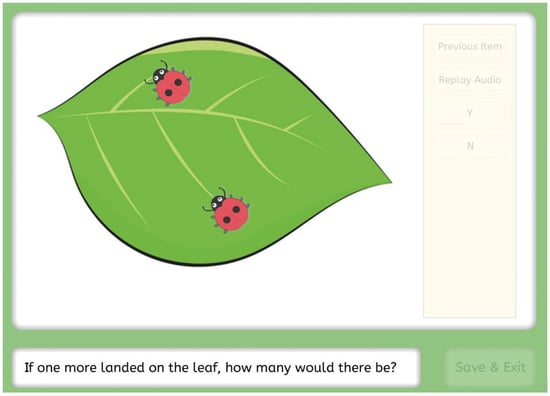 Our findings indicate the value of recognizing the wide range of experiences, knowledge and skills 4-year-olds bring with them to their first year of formal teaching.

Schools who use the BASE assessment tell us how it makes it easy for teachers to very quickly get to know their pupils so they can recognise where they need to support or challenge the children in their class, and to provide individual learning opportunities.

This is particularly important when we know from research that good teaching in the early years has long term gains with children who have been taught well in their first year of school doing better in their GCSEs. Other research also shows that the earlier interventions are introduced, the better.

Find out more about supporting
early learning and development

Using CEM Base to support teachers

At last, September has arrived and the start of a new school year. As the Early Years Lead across...

The results are in… so what next?

By Sue Holt The GCSE and IGCSE results have been published so no doubt there have been...